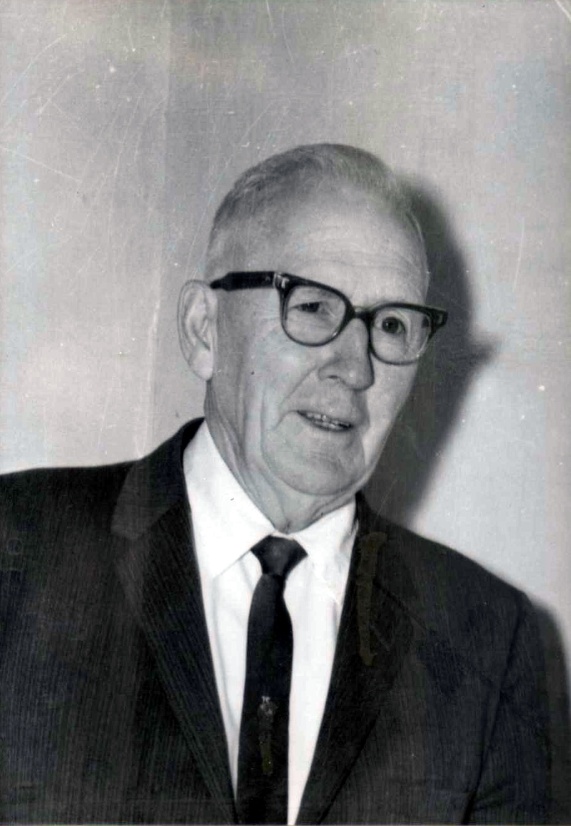 Barry Rumbles was a clinical social worker at Lovelace Clinic for 13 years. Before that, he worked for several years as a psychologist at the Central New Mexico Correctional Facility in Los Lunas. Prior to coming to New Mexico in 1980, Rumbles was with the Arcadia (CA) Unified School District for ten years. Before earning his Master's degree in social work at USC, he worked in probation departments for Yolo and San Bernardino Counties in California. (Taken from his obituary.) 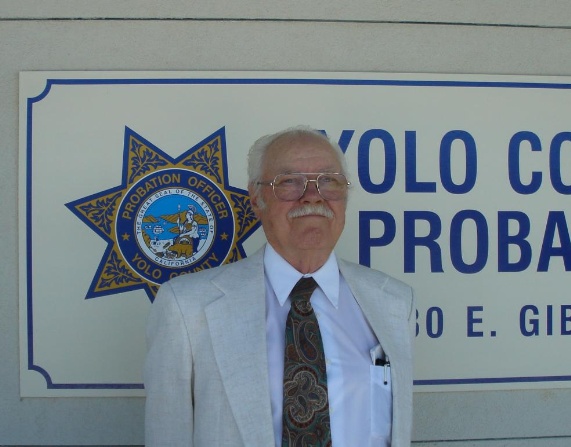 Leroy Ford came to Yolo County as Chief Probation Officer in 1967, serving until 1978.  His tenure was a growth period for Probation services which instituted Intensive supervision for adult and juvenile probationers, a school dropout program at juvenile hall, an adult probationers halfway house, a group home for juveniles and construction of a new juvenile hall.  He also started the Offender Work Program and the juvenile hall volunteer program.

He began his corrections career as a Deputy Probation Officer in Butte County, served as a Asst. Chief in Santa Cruz County and concluded with 12 years for the California Board of Corrections.  He was honored to be elected President of the Chief Probation Officers of California (CPOC) from 1974 to 1976. 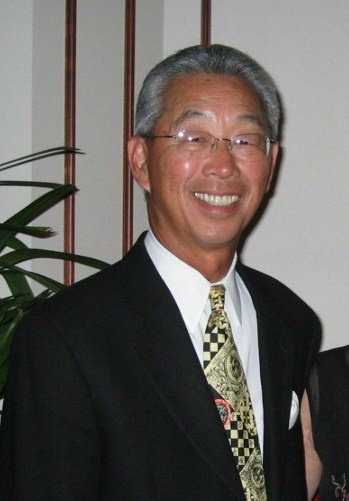 Gene A. Roh was appointed Chief Probation Officer for Yolo County in 1978, and served in that capacity until 1984 when he was selected to serve as the County Administrator for Yolo County.

Prior to coming to Yolo County, he worked as a deputy probation officer for Alameda County having worked in adult and juvenile probation services and in the juvenile institutions division, serving as a Camp Director when appointed to the Yolo County position.

During his tenure with Yolo County, both adult and juvenile services were able to expand and interagency cooperation among all law enforcement agencies within the county was increased. While serving as the Chief Probation Officer, he was also appointed as the county’s Law and Justice coordinator.

Chief Roh implemented performance standards for staff. He coordinated the design and construction of a Juvenile Court facility, the renovation of the main offices for the Probation Department, and the installation of security modifications for the Juvenile Hall.

In 2000, he retired from government service and has been savoring his best job ever, babysitting his grandchildren. During his retirement, Chief Roh and his wife Brenda have traveled extensively, taken up hobbies and are enjoying life fully each day.

Long an advocate of alternative Probation services, Mr. Alderman created several such programs in his tenure as both Deputy and Chief Probation Officer.  Early in his tenure as Chief, the Department worked in partnership with several agencies creating a county-wide Interagency Network and a services database accessible by citizens from schools, libraries, all social services agencies and then from home via the internet.  In 1990 the Department won recognition by the California County Supervisors Association for an effective alternative approach to Probation services wthout dependence upon large and expensive staffing.  The most enduring partnership program developed during Mr. Alderman's service as Chief was a local comprehensive alternative to expensive out-of-home placement originally known as the Yolo County Conservation Partnership (YCCP).

Upon retirement in 1999, Mr. Alderman reflected upon the profound changes that occured in crime and delinquency over the term of his public service: increasing many fold in both severity and occurrence.  That the challenge of effectively meeting these constant increases in workload had been met by a proportionately smaller Probation staff he attributes only to the incredibly proficient, highly experienced, well trained, and fully dedicated staff so typical of Yolo County in all its public service agencies. 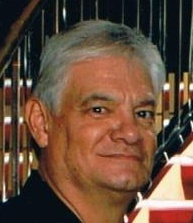 Melton “Mel” Losoya served as the Chief Probation Officer of Yolo County from 1999-2004. Prior to his appointment as Chief Probation Officer, he started as a Probation Aide in 1971 and rose through the ranks serving in various capacities throughout the organization. Chief Losoya’s most significant memories were of the departments dedicated staff. Chief Losoya attended U.C. Davis studying Applied Behavioral Science. He also has a life-time Community College Teaching Credential.  During his tenure as Chief he oversaw the construction of the new Juvenile Hall that opened in July, 2005. He was elected to the Woodland City Council and served two years as Mayor. He also served as: Chair of the Chief Probation Officers of California, Sacramento Region; Juvenile Court Traffic Hearing Officer; Co-chair of the Yolo County Economic Development Committee; co-founder and past president of the Yolo County Hispanic Association for Professional Development.
---------- 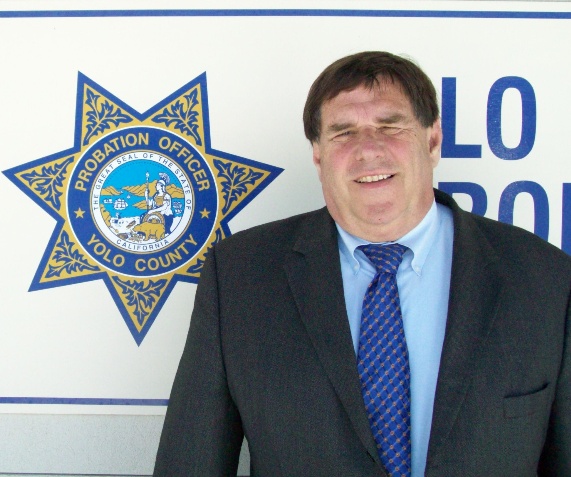 During the four years that I was Chief of Yolo County Probation, I felt extraordinarily blessed to lead a quality organization into the Restorative Justice Model of Community Corrections, characterized by public safety, victim restoration, offender accountability and offender competency. We have experienced a renaissance in the field of Probation and have been very successful in implementing evidenced based programs (or programs that work as supported by data) in the juvenile division. We have seen significant reductions in recidivism rates, reduction in levels of custody needed and a dramatic decline in out of home placements. The next step for the organization is to duplicate that same effort in the adult division.

As stated by previous Chief Probation Officers, the staff of the Probation Department is its greatest asset and has been a pleasure to work with. I would be remiss if I did not mention the support that I received from the Board of Supervisors, County Administrator Sharon Jensen, Sheriff Ed Prieto, County Counsel Robyn Drivon, District Attorney Jeff Reisig, Public Defender Barry Melton and last but not least Mindi Nunes in Human Resources. I have been equally impressed by the quality of leadership in other Yolo County Departments. The General Services Department, County Counsel, and Human Resources Departments are quality organizations with excellent leadership and were very helpful during my four year tenure. 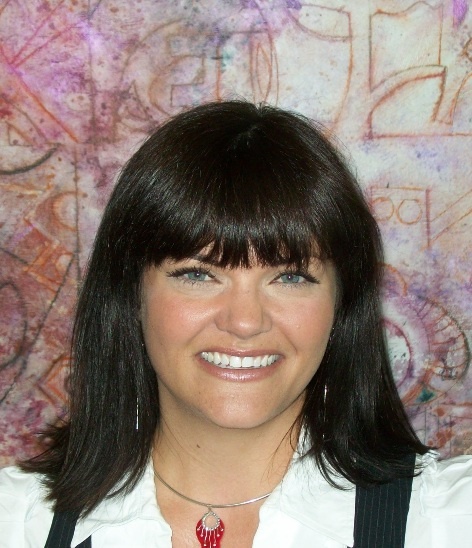 Marjorie Rist
Chief Probation Officer
November 2009 to July 2012
Chief Rist began her tenure with Yolo County as assistant juvenile hall superintendent. In 2007 she promoted to probation program manager and then to assistant chief probation officer in 2009. Later that year, she was appointed chief probation officer. During her tenure she has participated in, and in many cases led the charge in numerous accomplishments and initiatives, including: construction of a new Juvenile Detention Facility; obtaining a grant to build a gym, visiting and treatment center at the facility; decreasing the facility population by as much as 75% and out-of-home placements by as much as 85%; decreasing the probation failure rate for adults by more than 44%; implementing a successful pre-trial program; and becoming a site designated for Justice Reinvestment Initiative assistance.

During the last year, much of Chief Rist’s expertise has been dedicated to public safety realignment and implementing AB 109 which shifts the responsibility for incarcerating many low-risk inmates from the state to counties. She has facilitated this process by leading the efforts of the Community Corrections Partnership that oversees the allocation of AB 109 funds and the identification and implementation of public safety realignment strategies based on evidence-based practices.
---------- 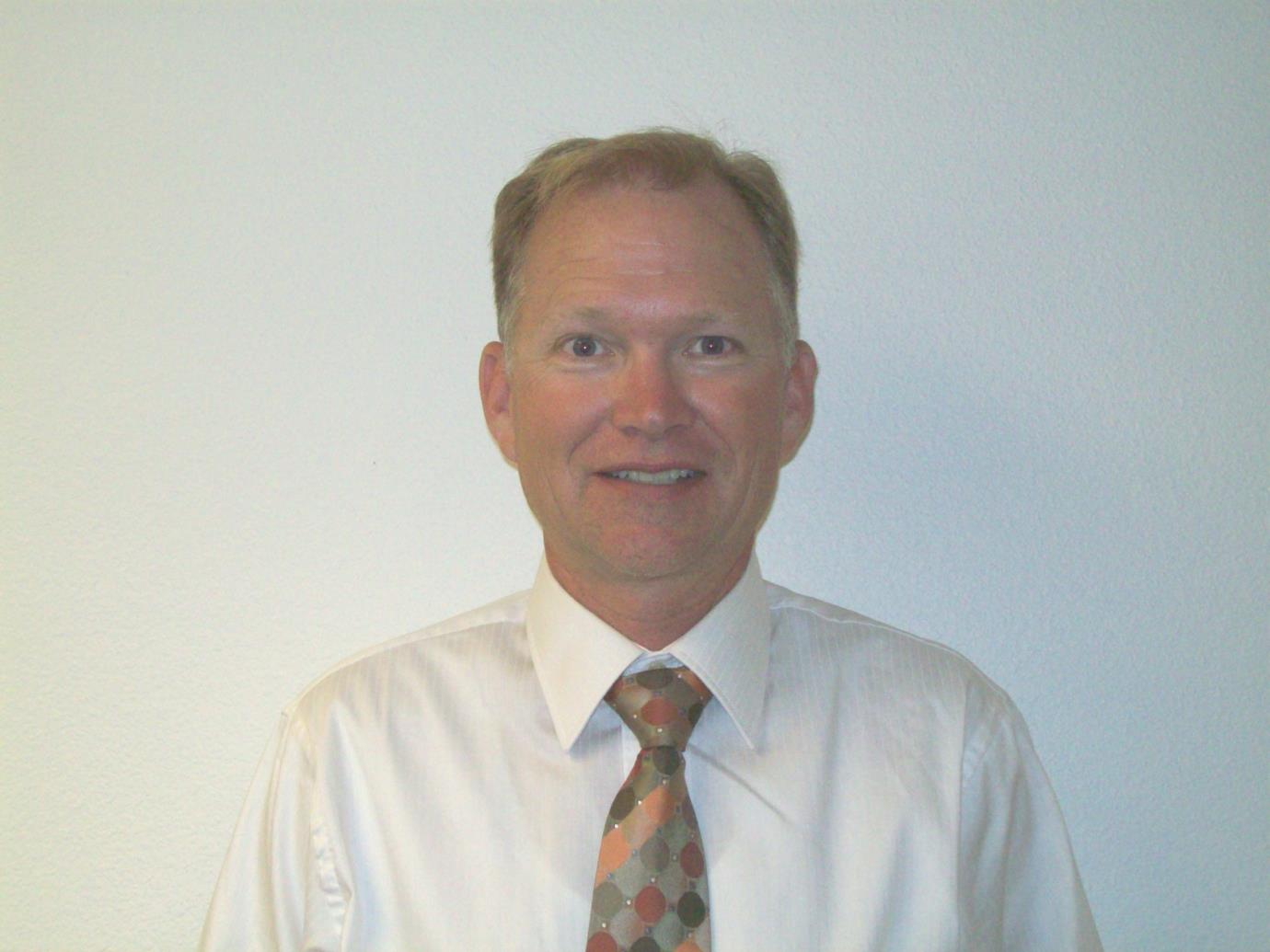 Prior to San Benito County he was the Director of the Inmate Placement Program in Draper, Utah, overseeing 22 county jails.  He was also the Chief Probation Officer for adult probation and parole in both Salt Lake City and Ogden, Utah for 10 years.  Chief Cardall retired from Utah after 22 years of service.

Chief Cardall served Yolo County Probation for five 5 ½ years (July 2013 to December 2018). He and his team are very proud of implementing the West Sacramento Day Reporting Center, Adult and Juvenile Justice review boards, tutoring programs, bike program, and overseeing the construction of the new Bill Rickers Gymnasium and Visiting Center along with our new Pet Program. Implementation of the Juvenile Detention Facility Murals and home like atmosphere were a welcome addition to our juvenile facility. Chief Cardall enjoyed mentoring new management and hiring new staff members. He enjoyed working with community members, local departments heads, Superior Court Judges and the Board of Supervisors.  He believed in a balanced approach of community protection and giving the clients an opportunity to change their lives for the better.

Chief Cardall loves to play golf and has a 10 handicap and enjoys the outdoors.  He is married, with two daughters. 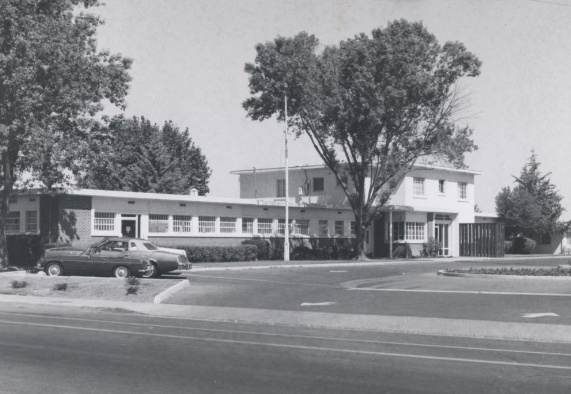 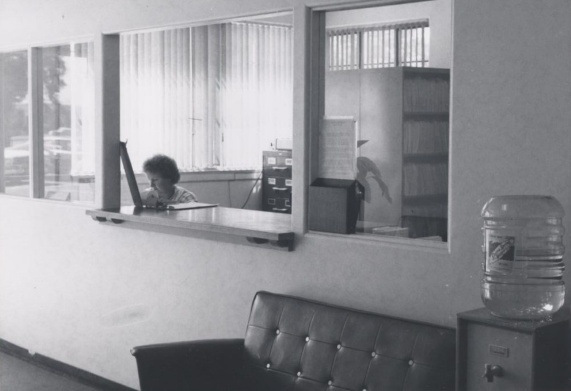 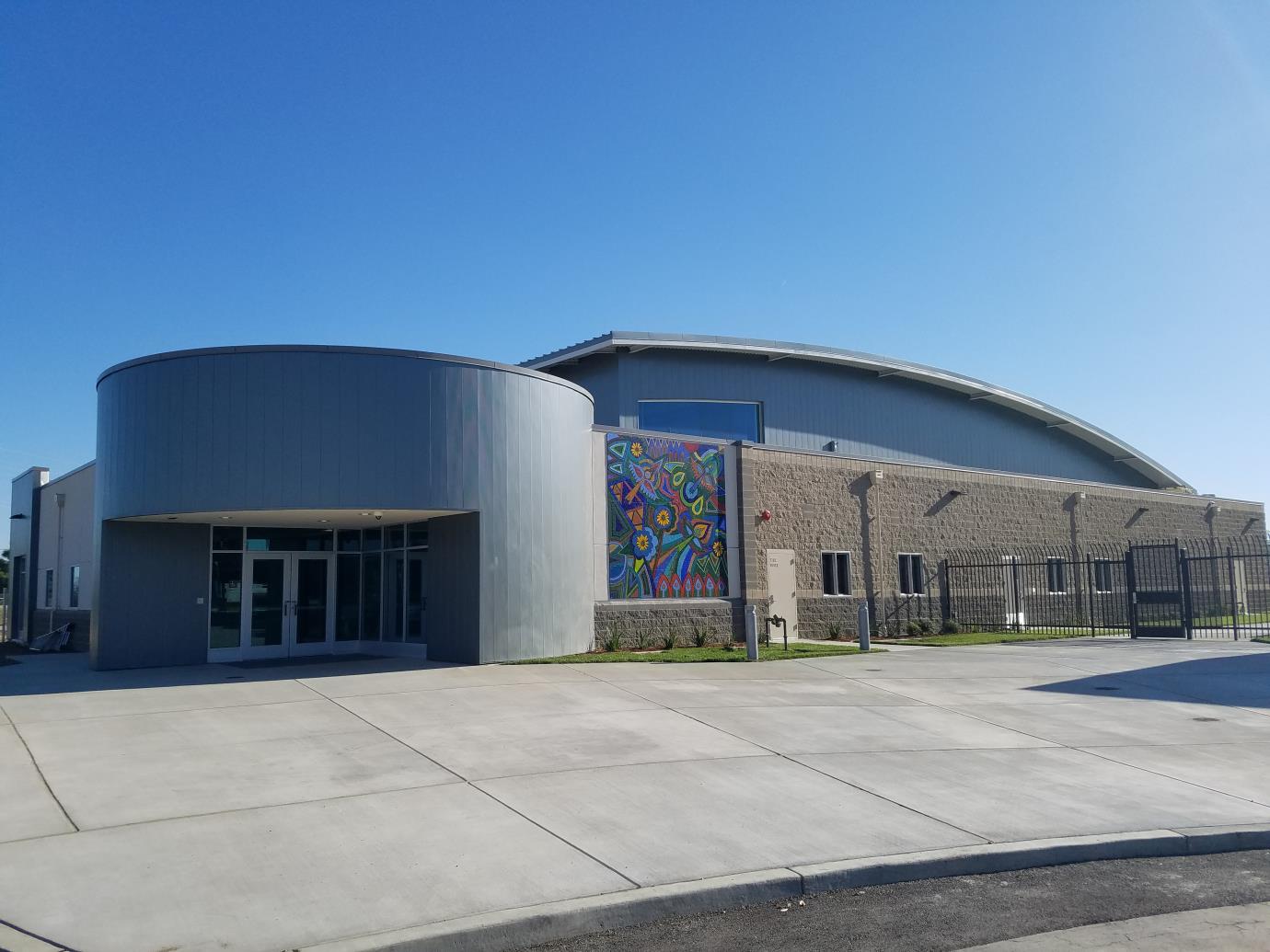