About the General Plan 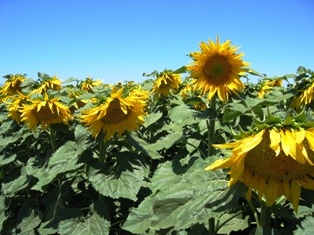 The General Plan provides an opportunity to answer a major question: How does Yolo County want to develop and conserve its resources over the next 20 years? While change is inevitable, the General Plan provides an avenue through which to steer this change in the direction desired by residents, businesses and the region as a whole. The General Plan is Yolo County 's fundamental land use and development policy document. It serves to guide the County in determining where growth should occur and how to conserve resources.

Why Update The General Plan?

The General Plan was last comprehensively updated in 1983. Since then, Yolo County has witnessed changes in development and growth pressures, housing prices, commute patterns and the general relationship to the surrounding Sacramento and Bay Area regions. With these changes, Yolo County 's current General Plan has become out of date and must be updated to address the county's goals in the evolving local and regional context.

As indicated by recent sharp increases in housing costs, Yolo County is currently experiencing a strong demand for new housing, not only for local families, but for the growing number of residents who commute to jobs in the Sacramento and Bay Area regions. The opportunities for rural lifestyles, open space preservation, and outdoor recreation provide an attractive location for many potential homebuyers. The Sacramento Area Council of Governments (SACOG) is currently studying the region and is projecting that Yolo County's share of regional growth may include as many as 78,000 new housing units over the next fifty years, along with 99,000 new jobs. This would more than double the existing population of the four cities and unincorporated area. The General Plan Update will address this demand for housing and economic development and determine suitable locations for both new housing and preservation of existing land uses.

These and other trends have become increasingly important to county citizens as they start to look ahead and plan for future challenges. Such societal changes bring with them a host of issues that will need to be evaluated as the County moves forward through the General Plan Update process. 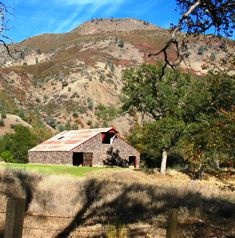 The Yolo County General Plan was first adopted in 1958, as part of a Master Plan that included the Cities of Davis, Winters and Woodland . The primary goals of the 1958 Master Plan were to preserve the rich soil resources in the county and to minimize urbanization. These goals are similar to those of the General Plan today.

This General Plan Update process began in May of 2004 with a series of joint workshops before the Planning Commission and Board of Supervisors. Soon thereafter, an extensive series of public workshops was conducted in the unincorporated communities across the county, as well as in each of the four incorporated cities. At these workshops, participants were asked how the county should develop over the next 20 years, their priorities for conservation and public services and generally how they would like to guide the policies and development of the General Plan. 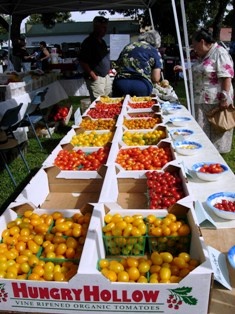 From the preliminary workshops and direction from the Board of Supervisors and Planning Commission, County staff and a consultant team prepared three General Plan land use alternatives for the county. These alternatives were presented to the public and revised based on comments received in another round of public workshops in 2005.

The Public Review Draft of the General Plan and the Draft Environmental Impact Report (DEIR) will be completed in the winter of 2007/08. Upon completion of the public review process for the General Plan, the EIR, and the Housing Element, General Plan adoption by the Board of Supervisors is expected in the summer of 2008.

Contents of this General Plan

The Land Use Element designates all lands within the County for specific uses such as housing, business, industry, open space, recreation, or public uses, defines the range of allowed uses within each designation, and defines the development density or intensity for those uses. The Land Use Element provides overall land use policies for each land use category in the county.

The Agriculture Element covers issues related to agricultural land and practices, such as preservation, infrastructure, soils, cultivation and economic viability.

The Safety Element includes policies to protect the community from risks associated with the effects of seismic hazards, other geologic hazards, flooding, airport safety, hazardous materials and wildland fires. It also covers emergency preparedness in the county.

Housing Elements are legally required to be updated every five years and to include specific components such as analysis of the existing housing stock, analysis of existing and projected housing needs, and quantification of the number of housing units that will be developed, preserved, and improved through its policies and actions. The Yolo County Housing Element will be updated concurrently with the General Plan.

In addition to the eight elements listed above, the following five area plans are part of the Yolo County General Plan, but are not being updated as part of this General Plan Update process:

5. Comprehensive Community Plan for the Town of Knights Landing (Last updated in 1999)