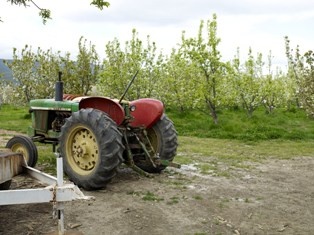 On November 10, 2009, the Yolo County Board of Supervisors adopted the 2030 Countywide General Plan – the document which determines land use planning throughout the unincorporated area. The General Plan provides comprehensive and long-term policies for the physical development of the county and is often referred to as “the constitution” for local government. This is only the third time in the county’s history that the General Plan has been comprehensively updated, and the first time since 1983.

While the fundamental goals of promoting agriculture, enhancing open space, and creating sustainable communities are the same as they have been over the past 50 years, the circumstances facing the county have changed. Issues such as the global economy, climate change, and the role of local government create new challenges to maintaining the county’s historic vision. The 2030 General Plan charts a course for the county over the next twenty years that will achieve its goals and address these concerns.

The General Plan contains over 500 separate action items that will implement the variety of programs needed to realize the county’s vision. By subscribing to this page, you will automatically be updated on the range of ordinances, community and area plans, and other actions that are in process to the 2030 Countywide General Plan.