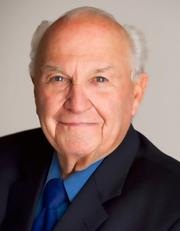 Duane Chamberlain was elected to the Yolo County Board of Supervisors in November 2004 and was sworn into office in January 2005.

Mr. Chamberlain was born in Los Angeles in 1937 when Southern California was still largely agricultural. His family moved to the city of Orange when he was a child. He graduated from Orange High School in 1955 and subsequently moved to Yolo County to attend UC Davis. He received a degree from the University in 1959.

Mr. Chamberlain served in the Army before returning to UCD to work as a Lab Tech II from 1962 to 1965. He left the position at UCD to become a farmer, establishing Chamberlain Farms in 1965.

He raises alfalfa, grass and oat hay near his home in rural Yolo County. He also oversees the harvesting of wheat straw for bedding horses at racetracks and rice straw for erosion measures. His hay and straw operations combined, bale in excess of one million bales per year.

Mr. Chamberlain also served on the Board of Directors for the Yolo Land Trust and the Woodland Chamber of Commerce. He was also a member of the UC Davis Advisory Committee for the College of Agriculture.

Mr. Chamberlain is a member of the New Testament Church in Woodland.

Supervisor Chamberlain can be reached at: