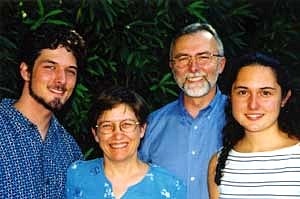 Don earlier served as Mayor and City Council Member for the City of Davis from 2004-10 and a Trustee of the Davis Joint Unified School District from 1995-2003.  Don’s professional public service career spans 40 years and includes administrative, planning and analytical positions in local government and both the legislative and executive branches of California state government.  He is a graduate of the University of Wyoming and the Lyndon B. Johnson School of Public Affairs at the University of Texas at Austin.

A former Mayor of Davis, Don served two terms on the Davis City Council where he helped: establish sound fiscal policies and create a 15% General Fund reserve; launch economic development strategies leading to attraction of DMG-Mori, HM Clause and other businesses; advance the surface water project through the creation of the Woodland-Davis Clean Water Agency; adopt the most visionary affordable housing ordinance in the state; and make significant investments in the Varsity Theatre, the United States Bicycling Hall of Fame, and Bistro 33 to enhance the vitality of downtown Davis.

Prior to his time on the City Council, Don served as the President and Trustee of the School Board for the Davis Joint Unified School District.  While on the school board, Don helped the district tackle a wide variety of projects including the construction of the Davis Senior High School Gym, the Brunelle Theatre, Harper Junior High, Montgomery Elementary and Korematsu Elementary and the modernization of all schools in the district.  In addition, he helped lead the design and implementation of an array of program enhancements and student services including enhanced special education, expansion of AP opportunities at the high school, adding foreign language at the junior high level, and maintaining a strong academic and fine arts curriculum for all students.

Don and his wife, Julie, moved to Davis in 1987 to raise their children, Aaron and Kate.  Don continues to be active in many local and regional efforts.